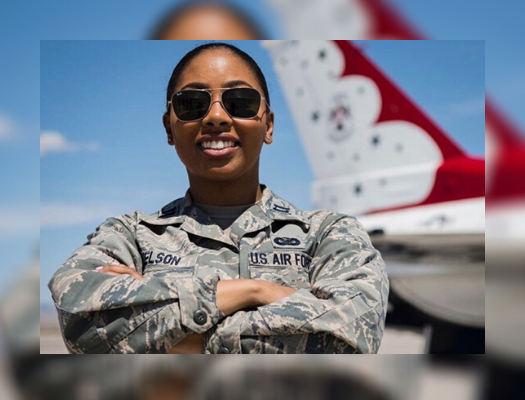 Howard University Graduate Remoshay Nelson is currently embarking upon her first season with the Air Force Thunder Birds squadron. All across the country, U.S. Air Force Thunder Birds have been performing flyovers to honor the workers on the front lines of the coronavirus pandemic and Captain Nelson has made history by being the first black, female officer. "I know a small percentage of African-American officers, specifically female officers in the Air Force. So to be in a position that is visible, to show little girls that this is attainable, to let them know they can do anything they put their mind to, is an absolute honor," said Captain Nelson to NBC 4 Washington journalists. After spending eight years in the Air Force, serving mostly overseas, Captain Nelson says her best decision was attending Howard University. "To be around people who look like me and instill a self-confidence in who I am, and walk into the world knowing where I come from and where my people come from, and where we can go, is invaluable," she said. Captain Nelson also shared, with NBC 4 Washington, why these flights mean so much to her “This is almost unspeakable. This is extremely an honor to be a part of this mission," Nelson said. "Some of these individuals are my friends. They live and work in Atlanta and they’ve been working extremely hard to respond to COVID-19."